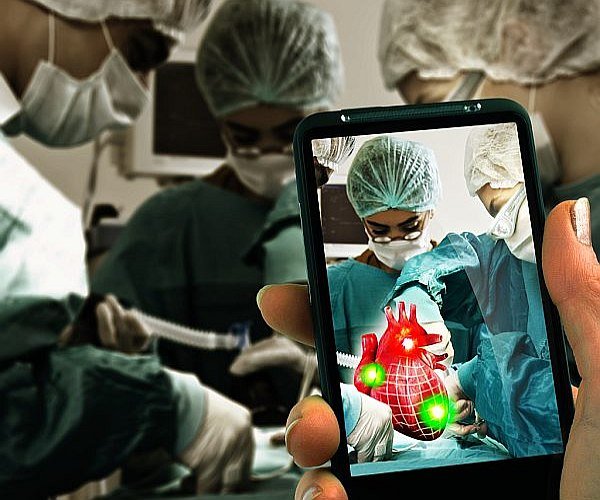 In Oxford and the West Midlands, there are a fair few medical schools, healthcare organisations and hospitals. Teaching is largely done using traditional methods. The 4th industrial revolution as people are calling it now (IoT, AR/VR, Blockchain, Deep Learning etc) is going to have a large impact on medical techniques, learning and procedures and is already doing so in some fields. Take a brief look at this:

It is an immersive learning experience as they put it. You don’t need bodies or clunky apparatus or indeed guesswork if used in theatre. There are methods in use where you can overlay the patients actual innards after an MRI scan and harmless orally ingested or injected markers. AR and Mixed reality is being used in medical schools in America and Germany currently and is a staid part of the curriculum.

As well as virtual learning, some surgeons are using AR in theatre to overlay constructs of the human body during surgery. It sounds ominous but reports are that it increases precision and reduces complications and time spent in surgery. Again, you can use either tablets or phones or glasses. In time, it will be headwear based but at this early stage in the AR uptake, tablets and phones will be more popular until headsets are powerful enough. If you can stomach it, have a look:

Do get in touch for any projects, questions or enquiries about AR, Mixed Reality, video or graphic design queries.