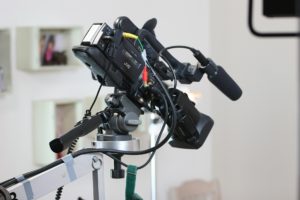 Keep your marketing and promotional videos and animations short, we suggest. Well, that’s generally the case. The usual reason is people’s attention span, lack of time, lots of things shouting for peoples attention etc. By short, we mean under 2 minutes for the web. For social, absolutely under 30 seconds.

The caveat however is that if people want to watch or listen to something, they will make the time.If you are interested in how X brand makes your favourite shoes, you’ll find 10 minutes to watch it. Of if you want to see how well engineered that £300k part you are about to order is, you’ll watch the video even if it’s 25mins long. There is an enticing motive and that is generally self orientated – What do I gain by watching this? This tends to be satisfaction that one has chosen the right brand/experience/product/ service.

So we always say, if there is a case for that, make a short one that is a signpost or trailer for the longer form one AND that works as a stand-alone marketing video. And by short, we suggest under a minute IF it’s a general marketing video.

If you have a captive audience, for example at an event, then it depends on what the video is. Generally, unless well done, we suggest keeping it under 8 minutes. Anything longer, if not well made and with a decent amount of budget and time put behind it, you risk enabling the audience to start getting gadgets out to look at instead.

We made a marketing video for an Oxford based firm recently which topped out at 4 minutes. This far exceeds what people have the patience or willing for. Another version was made, under 2 minutes as a general video and one more version was made for social media at 18 seconds. Each one had links or pointers to the others in the surrounding text that appeared with the video should their be interest. It does mean more edit time and therefore budget on the different versions however clients have fed back that ROI has been reached faster than with just one cut.