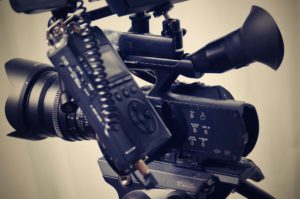 If you are a fundraiser, in the comms or campaign team, you’ll know that video still holds a prime position in your arsenal of tools for fundraising and promoting a campaign. Videos can tell a story within 2 minutes that reading an article or looking at a still image with a caption simply can’t. We have made promos for charitys for over 16 years and have some useful suggestions if this is your first or twentieth video, UK based or international. We’ll assume that you already know whom the audience is, what the message/s are and you’ll know that short is sweet (unless you have a captive audience). We’ll assume that you have a rough house style that you’d like to stick with in terms of length, tone and colouring.

1- Have a budget in mind. This is very useful for the production company and they can say what you can and can’t have for the budget. It’ll determine how many cameras and camera ops, how long they’ll spend on the edit and whether or not animation can be used. It’ll determine the length, the style and the amount of edits for e.g. social media, YouTube, website etc.

2- Write a brief. In the brief, start broad and then narrow down. Write about the audience, what they expect, what the core message/s are, how it’s going to be distributed, what the longevity is, how it’s going to be supported with additional material and where it’s going to be distributed. One thing we have noticed time again is that clients try and ram everything into the video. Do not do this! Support the video with additional material of supporters want to know more. Treat the video as a emotive peice to get maximum impact and write the brief accordingly. This is not an instructional video! It’s an emotional appeal primarily.

3- Get the right interviewees. If you are going down the route of using talking heads OR using their voices as voice over, get the right people! We’ve had plenty of times when we turn up on the shoot and the person was camera shy and froze when the camera came out. We normally have to resort to trickery (pretending the camera isn’t rolling) to try and glean the best but it’s hard work. Choose people who are personable, warm, appealing and you would want to watch.

4- Choose between animation and footage. You don’t always have to shoot video! You can animate the peice instead. Below are 2 examples:

Choose what best fits your organisation.

There is a lot more that can be shared but those are the highlights. Get in touch for some advice if you would like.