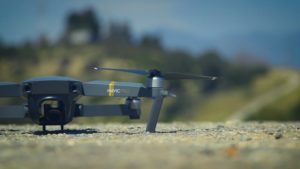 If you are thinking of commissioning a drone shoot in Oxford or the West Midlands and of course anywhere in the UK, there are a few things one should be aware of prior to pressing go. These are mainly based around legalities, as we have found out in the process of getting permissions from the CAA.

The first and foremost is that whomever you commission, if they are going to be commissioned on a commercial basis  (i.e. charge for it) then they have to have permission from the CAA to do so.

With regards to distances, if you are shooting in a public area, without or without permission, one cannot drone film closer than 150m to congested areas, buildings or people. That’s quite a distance. You can get additional permissions to film closer but that may take a while from the CAA. If you are drone filming on private land and permissions have been granted from the land owner and the personnel that will be in shot, you can almost get as close as you want without contravening a regulation which states that you have to fly the drone without being reckless or lacking suitable judgement.

Oxford definitely lends itself to drone filming. There are some beautiful buildings, internally and externally, and the movement a drone offers makes for some stunning shots. However, whomever you commission, if they are going to charge you for it, make sure thay have permission from the CAA to drone film. Of course, at Ignite, we have that permission. 🙂