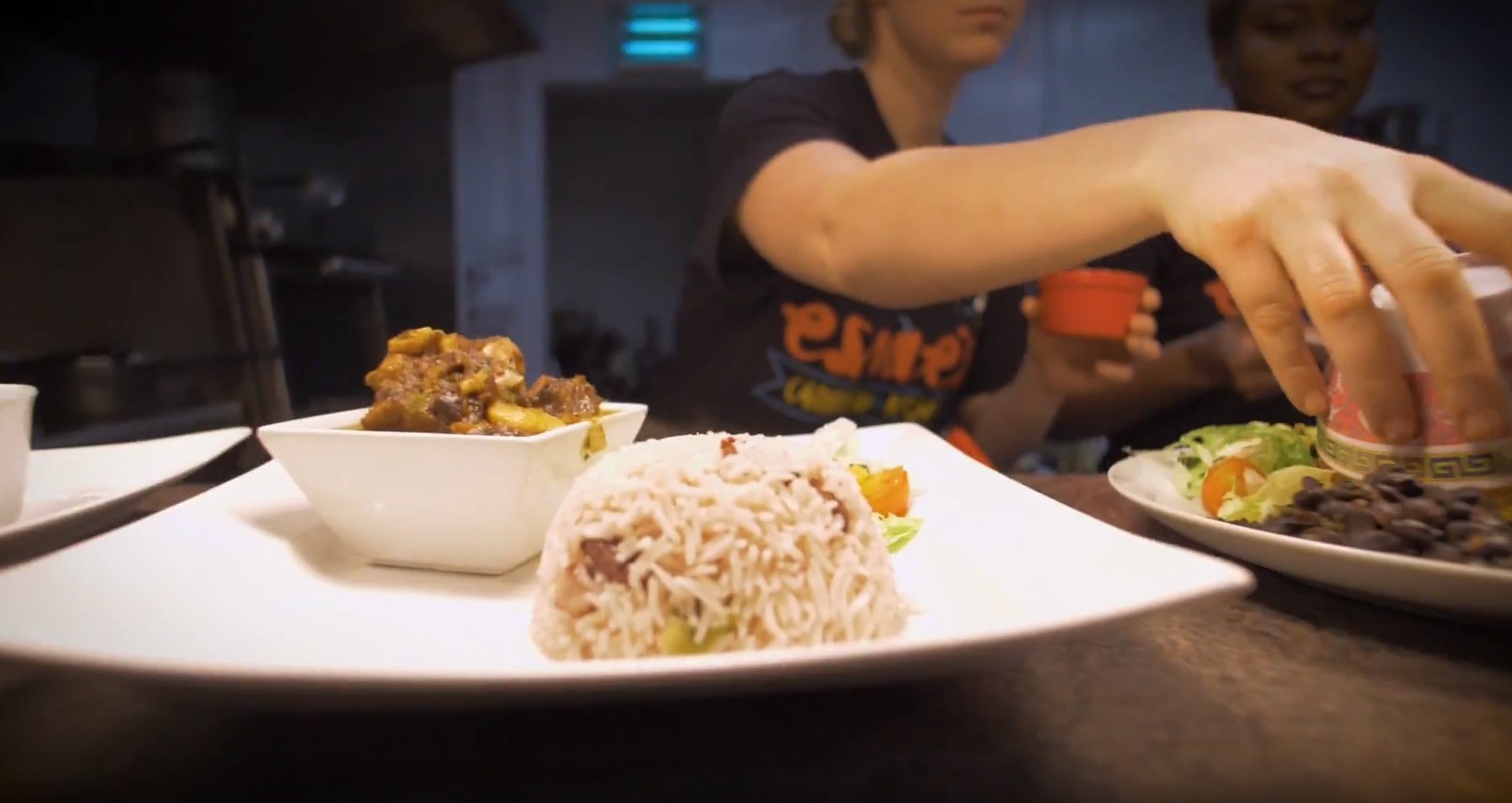 Here is a promo we recently did for Esmies restaurant:

It’s made to look as it was done in one take with parts in-between scenes sped up. There are 4 distinct cut points which we had to do in order to take into account things like people movement, exposure and light and practicalities like moving objects here and there.

If you watch it, you’ll notice that there is a server right at the beginning of the video who ends up upstairs; similarly, a couple eating downstairs end up having cocktails at the end. Also, the lighting outside vs inside, and inside vs where the kitchen area is, are so pronounceably different that we had to cut.

Outside was dark and we had to expose for that. If we walked in with the lens exposed for darkness then inside would have been bright white with a few shapes barely discernible. The cut point is the beige beam right in the middle. As all the shots were shot slow motion, we can speed up in post and hide the cuts as well and stitch/expose accordingly.

Not the best of stills..the cut point is on the beam again. We had finished with the diners and are about to move to the plating area. The problem was, again, exposure. The lights at the plating area were so bright that it would have looked awful. So we adjust exposure and got 2 takes to stitch together.

There were 2 other cuts – one after the plating area where we had to ramp up exposure to go upstairs and one from the darker stairs area to the upstairs dining area.

It is recommended that you preview the shots using and tablet before you wrap so you know you have movements and lighting right. One advantage of having a camera with WiFi out. Of course, it was shot using a steadicam/ gimbal type device which steadied the shots out nicely. Slow motion helps in addition to smooth out any jerkiness.